After a childhood spent in two countries (the United States and the Philippines) and three states (Missouri, California, and Washington), but mostly in San Diego, P.L. now lives in Dallas, Texas, where it seems that half of every day is spent in a car on Central Expressway, driving to or from a restaurant. Somehow in between all of that rush-hour traffic (they’re all rush hours!), P.L. writes books and dreams of a life just slightly to the left of this one, where everything strange is somehow true.
See also Twitter or P.L.’s author page on Amazon.com. 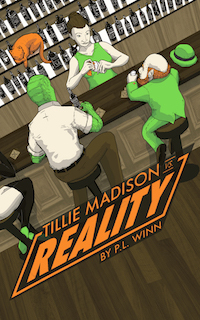